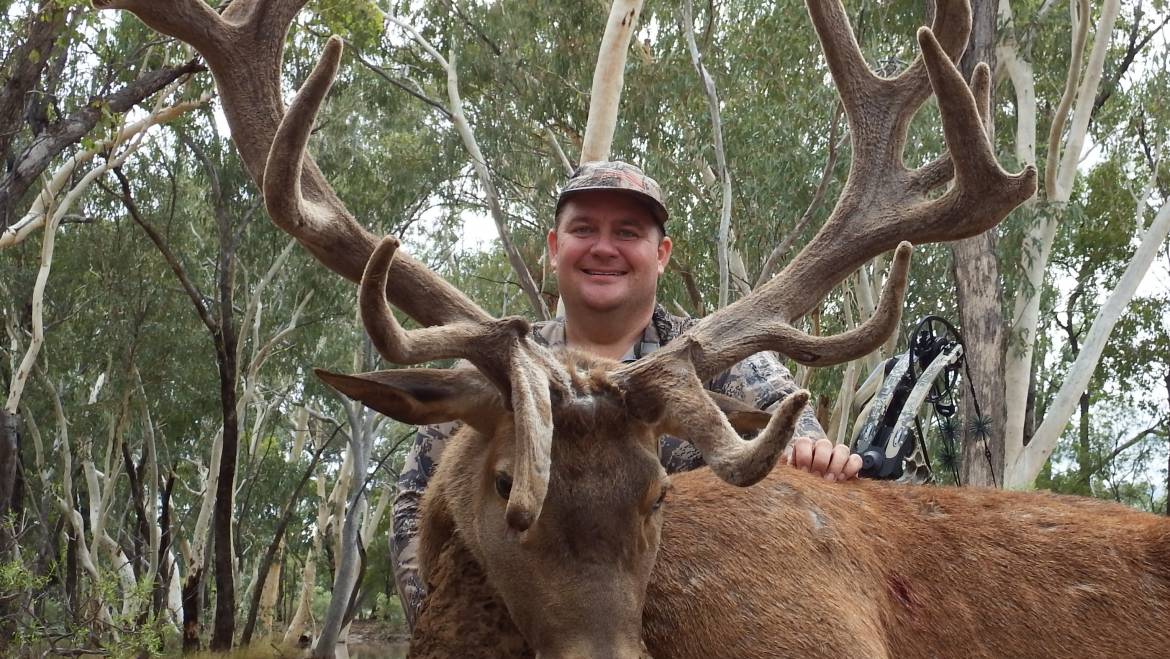 Magnificent Red Stag taken by Craig Richardson in January 2017. Craig had an opportunity on this stag the day previous but it was during a tropical downpour, the shot was ranged at 36m but with extremely gusty and high cross winds, and pouring rain (we had 80mm that day). Craig decided to let the Stag walk rather than risk a marginal shot. The following day was again light rain that made for excellent stalking conditions with easing winds all the conditions were good. We were lucky enough to located the Stag in a similar area to the day prior and put in a great stalk to get to 12m of this beautiful animal, with Craig behind some low scrubby cover and the stag just 12m on the other side the Red Stag sensed something was not right and became instantly alert, he stepped out from behind his cover to see what was inside his comfort zone, however it was to late. Craig had already drawn his bow and released the arrow as soon as the stag presented the opportunity. This beautiful animal will now spend his future as a full body mount in Craigs Trophy Room where many people will be able to admire and respect the majesty of a Roaring Red Stag.

Ships of the Desert

Australian Outfitters © 2016 All Rights Reserved.
You can login using your social profile
Install social plugin that has it's own SHORTCODE and add it to Theme Options - Socials - 'Login via Social network' field. We recommend: Wordpress Social Login